Most gamblers try to develop various strategies when playing online casino games or at live casinos. Such strategies can seem to be very effective short-term; players win their bets back with a nice profit, and on a good day the chosen strategy can create an incredible winning run. This is all fine as long as casino strategies are used with a sensible money management and with the knowledge of what this article is all about. Problems arise when the player starts feeling confident that his or her strategy always will work in any given setting.

So what exactly is a casino betting strategy? Known betting strategies go back as far as the 18th century, with the Martingale system being one of the most famous ones. The Martingale system simply suggests that the player should double his or her bet after a loss in an even money game such as roulette. If the player had an unlimited bankroll and there were no other limiting conditions, this casino betting strategy would in theory work. However, there is no such thing as an unlimited bankroll, and even if there was, there are other limitations set by the casino itself to prevent this. The most obvious limitation would of course be that all casino tables have a maximum bet size rule. Despite this fact, players constantly develop new and more complex strategies in hope to gain an advantage over the casino. These strategies may involve anything from number sequencing to progressive and negative betting. However, all of these strategies or systems are bound to fail.

The reason for this is the misconception of many players that a particular event in the casino game must occur sooner or later. For example, if a player keeps betting on black in a roulette game, and red wins many times in a row, surely black will turn up sooner or later? By applying a betting strategy that covers the losses up until that point, the player can walk away with profit. This is known as the “gamblers fallacy” which means that the player believes that a likely event that has not happened recently becomes “overdue” and is more likely to occur. However, the roulette ball has no memory! Each time it spins the odds are exactly the same for it to land on black, red or a particular number.

In regards to casino UFABET one could make a comparison with playing on the lotto. Many people like to play the very same numbers in every single draw, like birthday numbers for example. Players often do this with the belief that this number sequence is more likely to turn up since it has lost so many times in a row before. As in the case of the roulette ball – lotto balls have no memory either. The chances for a particular number to appear is always the same in every draw. 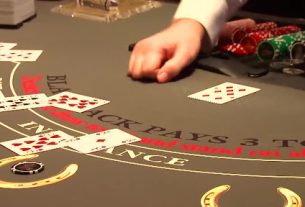